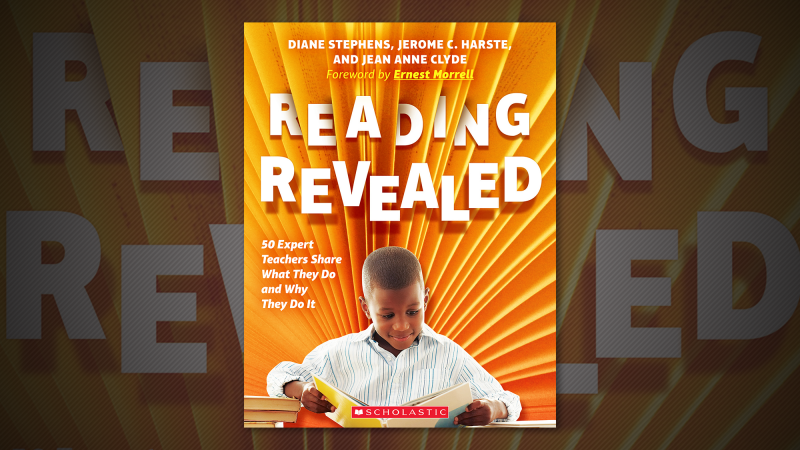 What Matters When it Comes to Reading

Diane Stephens is a co-author of Reading Revealed: 50 Expert Teachers Share What They Do and Why They Do It, a winner of the Learning® Magazine 2020 Teachers’ Choice Award for the Classroom.

At our first meeting, we talked about their job as interventionists. They were going to be responsible for creating the conditions under which students could make accelerated progress as readers. In order to do that they realized they needed to decide: what did students need to understand and know in order to progress?

We started making a What Matters list and over the three years, as we read and talked together, studied ourselves, and learned from the children we worked with, we revised and revised and revised that list. It originally had eight items. In our fourth year, we dropped the last three as they seemed a bit redundant. We wrote about our longer list in an article for The Reading Teacher.

Below is our final list, as it appears in Reading Revealed: 50 Expert Teachers Share What They Do and Why They Do It. We believe that in order for students to progress as readers, they needed to:

1.  Understand that reading is a meaning-making process that requires thinking

2.  Believe in their ability to make sense of text

3.  Choose to read because they find it both purposeful and pleasurable

5.  Have a repertoire of skills and strategies to problem solve for meaning

When the interventionists and I eventually worked this out, we realized we needed to change what we’d been doing.

Originally, most of us tended to focus on What Matters # 5— teaching skills and strategies to problem solve for meaning. What we came to realize though was that if kids did not already understand that reading was supposed to make sense, if kids didn’t believe in their ability to make sense, if they weren’t already choosing to read, and if they didn’t self-monitor (stop) when something did not make sense, then they had no use for skills and strategies.

So we changed our approach to helping readers by starting at the top of the list and asking ourselves about each child: Do they understand that reading is supposed to make sense? How could we find that out?

The answer? Observe and listen to kids read, and talk to them about what they were reading.

We treated assessment as inquiry, kidwatched, and took notes. When the child was reading, we paid attention to things such as body language. Did the child laugh at the funny part? Shake their head when something didn’t make sense? We also paid attention to what the child did when coming to an unfamiliar word. Did the child try to sound it out, maybe letter by letter? Substitute a word that looked like the word but didn’t make sense? Substitute a word that did make sense? We used Skinny Miscue, a version of miscue analysis detailed in Reading Revealed, to understand the child’s pattern of cue use. Was the child more often focusing on meaning (semantics) or graphophonics? When the child talked about the book, we sought to understand the meaning the child made or did not make of the text. Sometimes kids made quite a few miscues (deviations from the text) but had a very clear sense of what they read. Other times, students read every word as it was written, but had no idea what the text was about. In this way, we came to understand if a child was reading for meaning/understood that reading was supposed to make sense and involve thinking. When this was not the case, then this became our instructional focus.

Next inquiry:  Does the child have a sense of agency/believe in their ability to make sense of text? We found this out by observing kids as readers. When something didn’t make sense or the child didn’t know a word, did the child do something to try to have the text make sense or to figure out the word? If the answer to any of these questions was no, if the child was not yet taking risks, then this became the instructional focus. We knew however that we needed to address this in a context in which reading was meaningful and in which kids could be successful, building and sustaining their sense of agency.

Third inquiry: Does the child choose to read? To answer this, teachers watch kids and keep track of patterns. Did the child start and abandon books? Find ways to avoid even starting? Pretend to read? In Chapter Two of Reading Revealed, educator Tim O’Keefe explains the system he uses.

Once kids understand that reading is a meaning-making process, have a sense of agency, and are choosing to read (What Matters #1, #2, and #3), they almost always stopped (self-monitored) when something did not make sense. When they did, we paid attention to what actions, if any, they took. When we noticed them using a skill or strategy, we named it for them.

It was in this context that, teaching responsively, we helped kids increase their repertoire of skills and strategies. We said things such as, “One thing you could do to make sense of this is…”

And so we then ended up where we used to begin. However, because What Matters #1, #2, #3, and #4 were already in place, the suggestions we made to kids were no longer an unused lesson—it was a help, a gift, to a reader, to a person who was choosing to read, had a sense of agency, understood that reading was about meaning, and stopped when something did not make sense.

With this change, we began helping readers instead of teaching reading. And that made a world of difference to our students.