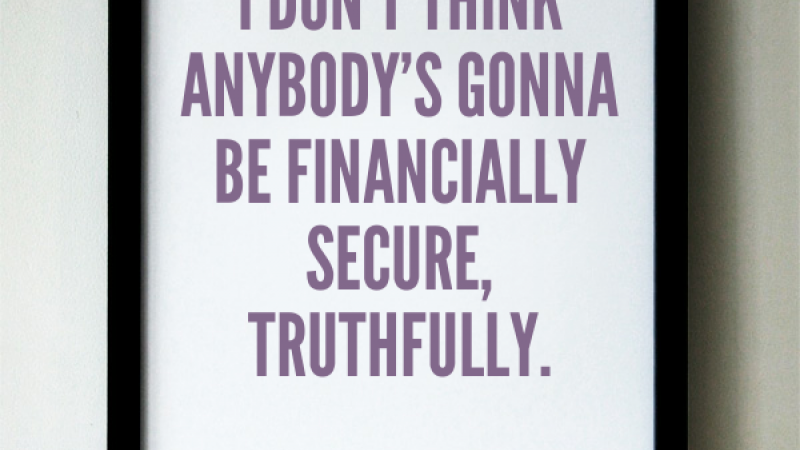 This week, PBS delivered on a journalistic promise that began with "Mother" Mary Jones: "Comfort the afflicted and afflict the comfortable." The network aired Two American Families, a documentary that chronicles the decline of industry through two extended families in Milwaukee. You can watch it here.

What is most unsettling about the film—aside from its portraits of desperation and fear—is that the Neumanns, who are white, and the Stanleys, who are black, work hard, extremely hard, to pay the mortgage and put food on the table. And still they can't get ahead. They give their heart, soul and muscle to whatever job they find, whether it's emptying garbage cans, mowing lawns, selling cosmetics to skeptical neighbors, caring for a disabled child or, in the case of African-American realtor Jackie Stanley, selling houses in a hostile white neighborhood.

Jackie's son Klaudale decides that his best chance for upward mobility is to become a private military contractor in Afghanistan. His brother Claude stays home—in what was once a land of promise—only to find menial jobs at poverty-level wages.

That thought crosses many minds these days as the complexities and demands of a working life intensify. When a designer tells me that he and his team will "build wireframes" for a proposed website, I nod, wondering how long I can hold on when I barely know the difference between a wireframe and a wire hanger.

Technological advances may lead us to an era of infinite possibilities. For now, seismic shifts in our culture have made once secure jobs insecure and wreaked havoc on the lives of the Neumanns, Stanleys and countless others like them.

We are left to ask: What will it take to help the Neumann and Stanley grandchildren realize some shred of the American Dream? Will education reform and the promise of a level playing field be enough? If not, broken dreams like the ones we see in Milwaukee will haunt us for years to come.