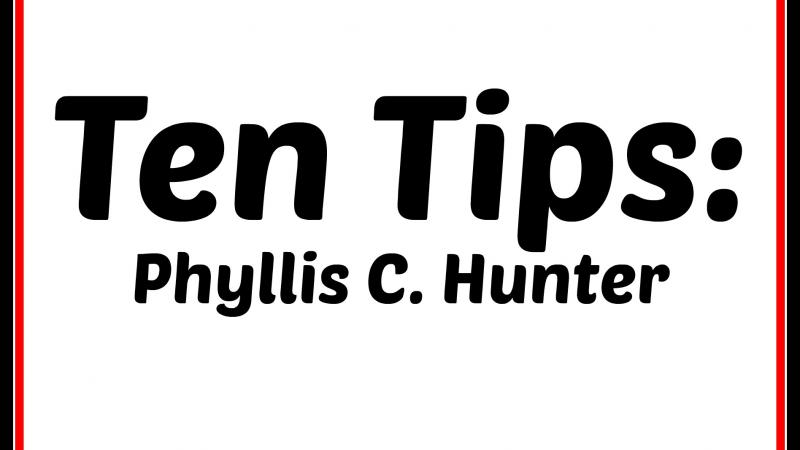 “Ten Tips” from Phyllis C. Hunter: The First in a New Video Series The series kicks off with Ten Tips from Phyllis C. Hunter. Phyllis is the creator of the Phyllis C. Hunter Classroom Library (2nd ed.), and is the author of It's Not Complicated! What I Know for Sure About Helping Our Students of Color Become Successful Readers. Below, we're starting with Tip #10: Talk, let them hear words!

If you have ever seen Phyllis speak, you may have heard her famous “eggplant story,” which illustrates the crucial role oral language plays in reading.

I always tell the eggplant story because I was once a speech and language therapist, and I know how important oral language is and how it relates to reading. Many of our children who experience reading difficulty lack of oral language preparation. This is supported by Hart & Risely's 2003 study which found that some of our kids hear many more words than others, and it continues as a deficit when they begin to learn to read.

So I was in the grocery store late one night, and I saw a mother and she looked pretty haggard. She had two kids with her, one child riding in the basket who was probably a kindergartner, and one walking with her who looked to be in junior high. The kid in the basket looked at a glistening pile of eggplant, and pointed to it, and asked her mother, “What’s that?”

The mom said, “Don’t ask me any questions. It’s too hot.” Now, in Houston it was hot that night, probably 100 degrees. But I felt sorry for the kid because she didn’t get any answer at all to that question. And while I was standing there contemplating that, another mother walked up. She had a kid about the same age, and this kid looked over at the glistening eggplant and asked, “What’s that?”

And the second mother said, “Oh, that’s eggplant, but we don’t eat it.”

I thought to myself, well, at least this kid got a label, a name—the lowest level of Bloom’s Taxonomy. And then a third mother walked up. And she also had a kid who looked at the same eggplant, pointed to it and asked, “What is that?”

And the third mother said, “Oh, that’s an eggplant. Look at its smooth and shiny exterior.” She picked it up and said, “I estimate that this eggplant weighs about 2 pounds. The sign says $1.99 for a pound, how much do you think this one would cost? Four dollars, you’re right! We should buy it. I think eggplant is a part of Italian cuisine. Do you remember when your aunt made something called veal parmigiana? I think there’s a dish called eggplant parmigiana. We should look up the recipe online and make it with eggplant.”

Now the kid is saying, “It’s late! This is more than I wanted to know!” But the difference in these three answers is clear. This experience in the supermarket let me know how un-level the playing field is going to be for those three kids when their teacher reads a story about the farmer’s market, and talks about the eggplant. Which of those kids is going to have some background knowledge? Oral language is key to good readers.

Interested in learning more? Check out the video below on the importance of oral language, and Phyllis's ten tips for raising successful readers.

Stay tuned for upcoming series from experts such as Laura Robb and Pam Allyn.