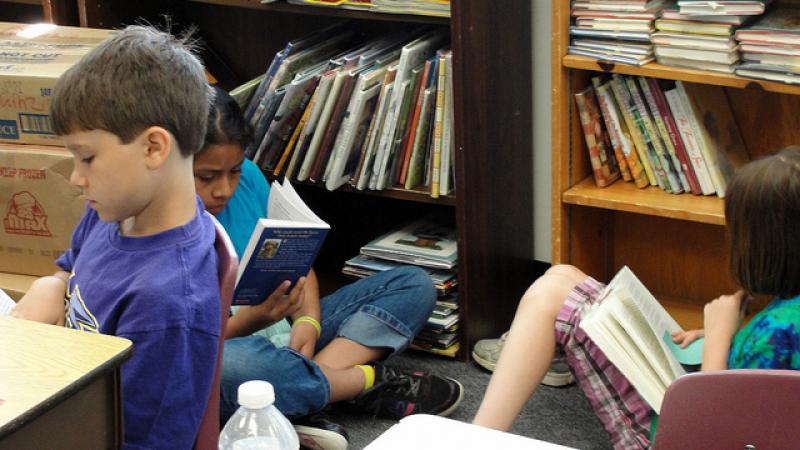 2017 is nearly a wrap—below are four big topics in education from the past twelve months, and stories about each that caught our eye.

Media literacy has been a huge news story in 2017, including in education reporting. In many schools, educators are working to ensure that students have the critical thinking skills necessary to discern fake news from real news. There has also been a renewed focus on civics education, focusing on not only the mechanics of our  government, but what it means to be a citizen and member of a community.

Alia Wong wrote an incisive take on these issues for EWA; On Education Dive, Shalina Chatlani explored the urgency around civics ed, including the fact that to be effective, it must be engaging; Ed Dive also named media literacy their "obsession of the year."

And Jackie Mader shared strategies from a Mississippi elementary school that is one of the highest-performing schools in the state. They attribute their success to supporting early literacy.

Every day, students experience significant barriers to learning such as poverty and other trauma. This year the US experienced severe natural and other disasters, and schools were compelled to adapt and respond, and continue to support students.

In The New York Times, Elizabeth Harris looked at the longterm impact  of homelessness on children's achievement in school, even after they are no longer homeless.

Some schools were forced to grapple with whether and when to open in the aftermath of violence in the community. In The Atlantic, Alia Wong wrote about Clark County's decision to open schools after the Las Vegas shooting.

The New York Times also reported on how in Puerto Rico, schools opened after Hurricane Maria, making do without power. Lizette Alvarez writes, "The resumption of classes at the school on Tuesday was a joyous, achingly needed milestone on the plodding path back to normality in Puerto Rico’s newest era: After Maria."

And of course, the two hurricanes that tore through Florida and Texas had a detrimental impact on attendance, according to USA Today. One in six children in the US missed school due to the storms.

NPR looked at attendance in terms of mental health: "Doctors say it should be treated with flexibility and therapy - not punishment."

Speaking of attendance, states have been submitting their ESSA plans to the DOE this year, and addressing absenteeism has become an important measure for school success. Ed Week's Politics K-12 blog looks at the place of chronic absenteeism in how states are "looking beyond test scores."

Finally, this fascinating New York Times article explores ways of measuring school success based on metrics other than test scores (based on the important research by Sean Reardon of Stanford): "Educators have long debated whether it’s better to evaluate students and schools on proficiency levels or growth rates. Mr. Reardon’s data makes possible a national database of both."