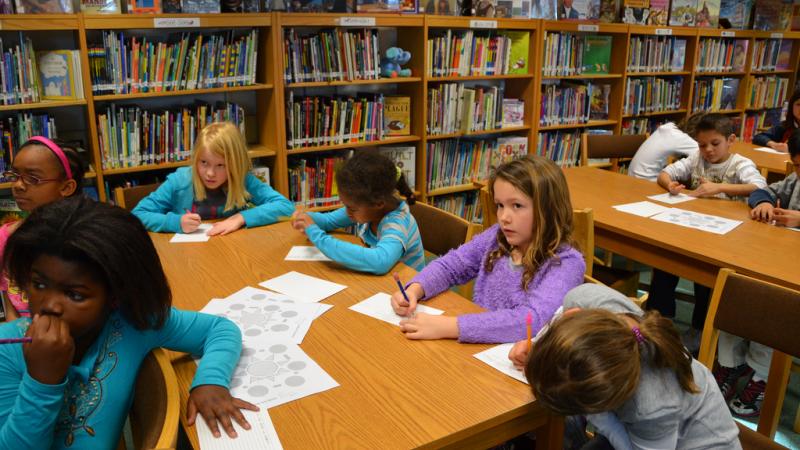 2016 has been a whirlwind year with a lot of big education news, from the implications of the presidential election to issues around equity in education. Below are our picks for the five most salient education stories of the past year.

Equity in education has been a major conversation here at Scholastic all year. In May, we held our 2016 National Advisory Council meeting, in which we met with some of the top educational thought leaders to discuss challenges and possible solutions around providing equity in education. In November, we released the Teacher & Principal School Report: Equity in Education, a survey of more than 4,700 educators who told us about what they have, and what they need more of, to support their students.

The New York Times article "Choosing a School for My Daughter in a Segregated City" by Nikole Hannah-Jones is an in-depth exploration of many of the equity issues that parents and school-age children face, from access to resources to the impact of housing and zoning. (Also see the two-part series "The Problem We All Live With," on This American Life, in which Hannah-Jones considers the relationship between integration and the achievement gap.)

Equity also permeated much of 2016's conversations around access for all children to quality, afforable early childhood education. But new research from the Yale Child Center added nuance to the conversation by raising questions about whether implicit bias prevents some children (especially African-American boys) from receiving quality early childhood education. "Bias Isn't Just a Police Problem, It's a Preschool Problem" (Cory Turner; NPR) explores the research and its implications.

Access to books and summer learning programs is also an important part of the dialogue around equity and closing the achievement gap. Emma Brown (The Washington Post) reported on this issue in "New evidence that summer programs can make a difference for poor children."

The 2016 election raised two important issues that educators have grappled with this year. Valerie Strauss's "Answer Sheet" column in The Washington Post ("Yes, this campaign is nasty. Here’s how to teach civics and not get lost in the circus.") explored--by way of Scholastic Classroom Magazines editors' expertise--how teachers could address the election in class without getting caught up in some of its contentious language.

After the election, many parents and educators have raised questions around teaching critical thinking skills and media literacy to students. Moriah Balingit explores this timely issue in "After Comet Ping Pong and Pizzagate, teachers tackle fake news."

Schools increasingly provide not only instruction and academic resources, but support for "the whole child," making sure that every child receives what he or she needs both in and out of school, especially in low-income communities. "Where Nearly Half of Pupils Are Homeless, School Aims to Be a Teacher" details how one New York City school "strives to be social worker, advocate, therapist and even Santa Claus." (Elizabeth A. Harris; New York Times)