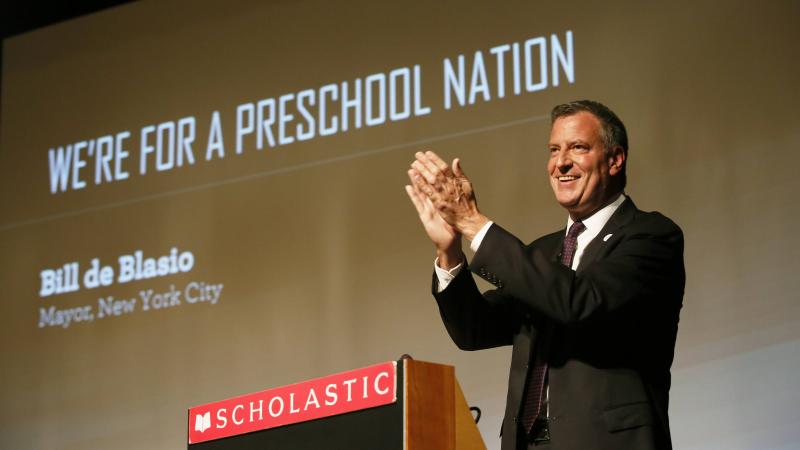 Last week, Scholastic and Los Angeles Universal Preschool hosted the first-ever Preschool Nation Summit from the Scholastic Auditorium in New York City. Preschool Nation seeks to develop a nation that creates and sustains a legacy of excellent early education for all children. From the opening speakers to the engaging panels, the critical importance of preschool was buzzing from the 200+ policy makers, educators, philanthropists, and early education-supporters in attendance.

To kick off the event, NYC Mayor Bill de Blasio, (the first NYC Mayor to serve while having his own children in the public school system), who's currently implementing his "Pre-K for All" program, suggested education is like building a house: "If you want to build a strong house, you've got to build a strong foundation first." In addition, Mayor de Blasio said, “Change happens only when you venture out a big idea and then relentlessly pursue it."

Following opening remarks, the afternoon’s three panels included leaders of various nonprofit and advocacy groups, as well as local, state, and national education leaders, including Carmen Fariña, (Chancellor, New York City Department of Education); Suzanne Immerman (Senior Advisor to Secretary Duncan/Director of Strategic Partnerships); and Patti Miller (Director, Too Small To Fail). Scholastic's own Margery Mayer moderated the second panel, which focused on the alliances that will be needed in order to advance the national early education movement.