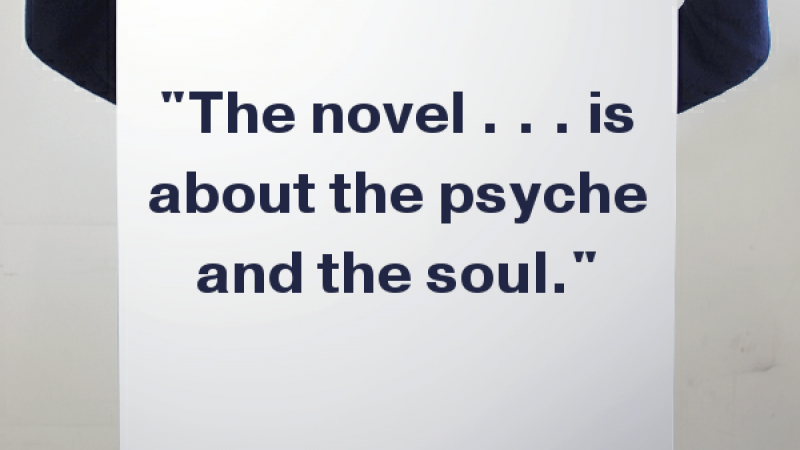 The Reader as Narcissus

In college, I studied Shakespeare with a brilliant scholar named Edward Tayler. One of his most repeated phrases—"the Reader as Narcissus"—still echoes in my mind.

As another former student of Tayler's describes it: "There are two types of readers in the world: the Reader as Narcissus, who goes to the page looking for his own reflection, and the Reader as Understander, who goes to see what the writer is up to, what the words themselves are doing."

David Coleman, the architect of the Common Core's ELA Standards, is plainly in "the Reader as Understander" camp. But my experiences at the annual NCTE convention last month underscored that readers intoxicated by language are both.

We may go to a text to understand a subject better, or we may seek to understand why we feel, somehow, different than everyone around us, while managing to see ourselves in a made-up protagonist. Often our quests for knowledge of the world and ourselves are intertwined.

This was illustrated in a New York Times article about President Obama's recent purchases at a Washington, D.C., bookstore. To be clear: Of the 21 books that Obama bought while shopping with his daughters, we don't know which ones he actually plans to read.

Still, Peter Baker, a Times reporter, muses about the president's selections, which include Anthony Marra's A Constellation of Vital Phenomena, a novel about ethnic violence in Chechnya. Did Obama choose the book because of the background of the Boston Marathon bombers? Or does he want to delve deeper into America's fraught relationship with Russia?

Baker asked Marra why the president might look to fiction to gain insights into a conflict that is all too real.

"I imagine someone in his position gets a lot of facts and figures," Marra said. "But the novel is really about the experience, about the psyche and the soul."

Whatever the case, Baker concludes that a work of fiction "would give the president a more visceral feel for one of the world's most brutal conflicts than the graphic intelligence papers that cross his desk."

Obama also chose books "about identity and reinvention, about what it means to be American." His desire to make sense of his singular journey reminded me of YA author Jacqueline Woodson's words at NCTE, that a student needs to see him or herself reflected on the page.

No one I met at the conference was prepared to cede the primacy of fiction. But I'm guessing that no one wants Obama to stop reading his daily intelligence briefs either.