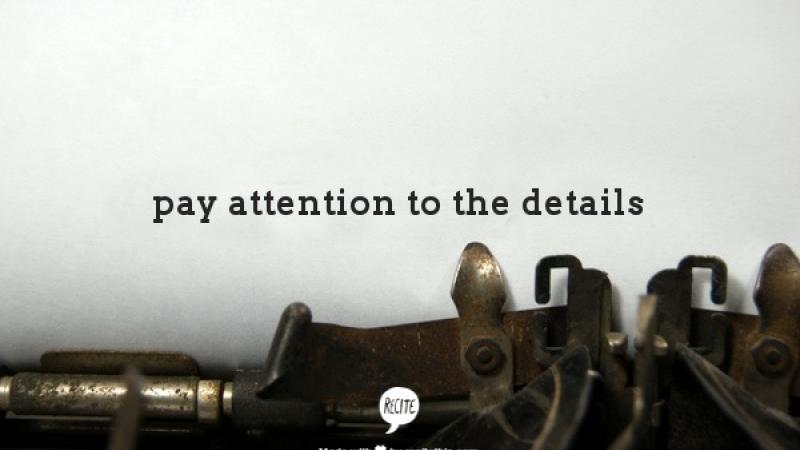 Quote: Pay attention to the details

Many Common Core discussions center on how students should read a text. No wonder. The gauntlet is thrown down in the first line of the first Anchor Standard for Reading: "Read closely to determine what the text says explicitly and to make logical inferences from it."

What types of text? With the Core's emphasis on "informational" reading, might we drown kids in a sea of legalise and lifeless prose?

The ability to digest and synthesize reams of data is critical in today's world. We would do students a disservice by not preparing them for what lies ahead. How many of us actually understand, for example, the online user agreements we routinely "accept" at our peril?

It would be immoral, however, to rob young people of the fictional works we were nurtured on. What teen wouldn't thrill at the sight of a kindred spirit in The Outsiders, a stunning coming-of-age novel that was written by a teen?

Despite the Core's prescribed fiction-nonfiction percentages, we will likely arrive at a productive split through trial and error. For now, look to CCRA.R.1. Have students plumb the depths of whatever they read—a poem, a Supreme Court decision, or a memoir—and consider the meaning and intent within "the four corners of the text."

Whether kids are reading War and Peace or a picture book, the same principle holds. As Sue Pimentel, a lead writer of the ELA Standards, told us, “The observation skills that it takes to look at a picture and to find out what’s going on in it are some of the same skills we’re asking students to do in close reading. We’re asking them to pay attention to the details as you would in a picture, and also for students to be able to express what’s going on.”

“Pay attention.” It sounds simple. But it’s not. That’s why I heard the phrase 3 million times when I was a kid. Invariably, it was followed by an exclamation mark.