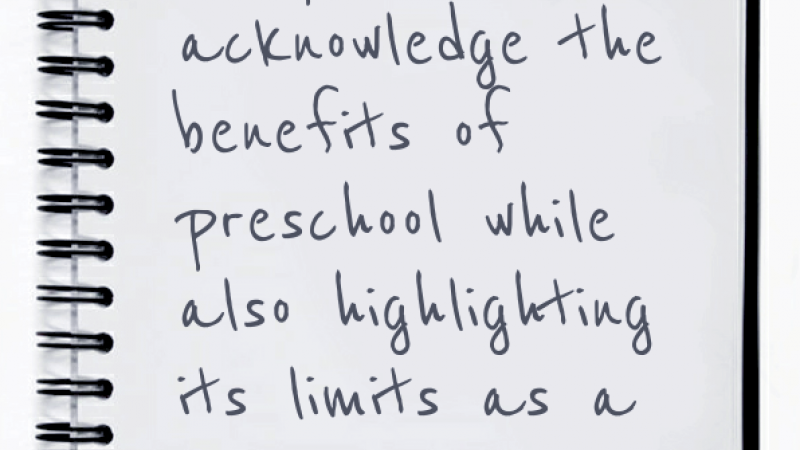 In New York City, a push for pre-K

On September 4, the doors of New York City's public schools swung open to a new crop of students—more than 1.1 million in all.

Because of Mayor Bill de Blasio's push for universal prekindergarten, 51,500 4-year-olds are now awakening to school bells each day, as compared with 20,000 last year. An additional 1,500 children, the city promises, will have seats by the end of the month.

On the first day of school de Blasio told reporters: "Today is a huge step forward for getting education right in the city."

Many more steps will be needed to get education right for New York City's 4-year-olds. Here's a look at where the city stands at the start of ambitious efforts to extend educational opportunities to its youngest residents, particularly to children living in poverty.

"Fifty thousand is a small city's worth of children, each getting a head start on a lifetime of learning. [But] it is not certain, of course, that the preschool liftoff will be entirely smooth. Mr. de Blasio has promised not just big numbers, with enrollment projected to reach 73,000 next year, but high quality. That will require rigorous oversight and monitoring of preschool programs scattered widely among hundreds of privately run vendors."

"Many education experts view pre-K education as especially important for economically disadvantaged children, whose parents may not be able to afford quality preschool programs. Poorer and minority children often lag behind other students in academic achievement, and early education is seen as a way to close these gaps—perhaps preventing them from emerging in the first place."

It's a Boon to Politicians and Parents, But Does Universal Pre-K Really Help Kids? (The New York Observer)

"With over 60 percent of America’s 4-year-olds now attending some sort of program, the pre-K revolution has in large part already happened," argues author Will Boisvert. "Whatever pre-K is going to do for kids it is mostly already doing. But as it marches towards ubiquity, it seems to bog down in all the problems that vex the larger school systems: doubts about quality and effectiveness, and controversies over how to improve them; yawning gaps between good and bad programs; dogfights over budgets, resources and governance. Whatever the benefits pre-K holds for kids, it will replicate rather than resolve the perennial discontents surrounding education."

"Teachers in the kind of classrooms that the administration aspires to build need more than patience and certificates. They need worldliness and quick intellectual reflexes. And they need engagement from parents who may not have had the time to expose their children to as many new experiences as they had hoped. [Chancellor] Fariña says that parents will be regularly invited into classrooms and that their involvement is highly sought after. She recently wrote new parents a letter. She asked them to have dinner with their children and to talk to them. Because that, in the end, is some of the most important training of all."