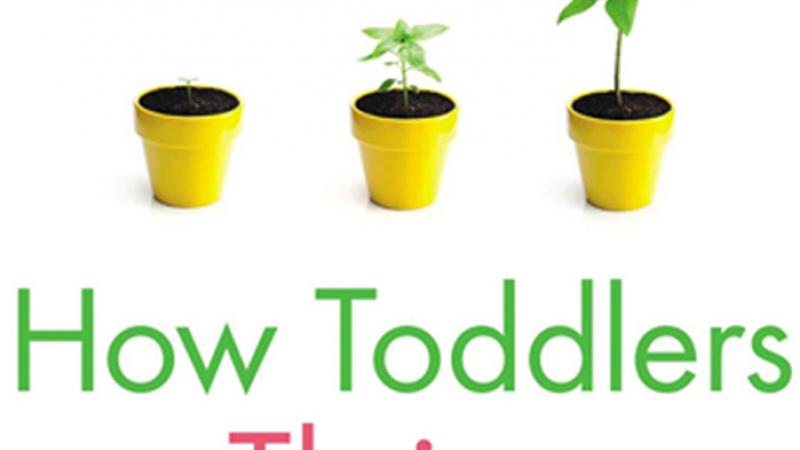 How toddlers thrive: A conversation with Dr. Tovah P. Klein

As calls for universal preschool continue around the country, so do debates about its efficacy. Even New York City Mayor Bill de Blasio acknowledges that the additional 21,440 seats he will offer 4-year-olds in September can't guarantee success.

City officials, de Blasio told Capital New York, will have “to evaluate the program for purposes of improving quality . . . over time.”

How do young children learn best? I recently asked Dr. Tovah P. Klein, the author of How Toddlers Thrive. Klein, who has three growing boys, is an associate professor of psychology at Barnard College and the Director of Barnard’s Center for Toddler Development. Here are excerpts from our conversation.

What is the developmental difference between a toddler and a preschooler?

Between 18 months and 3, 3½, there is unbelievable brain development. Kids are starting to develop language. They’re just gaining a sense of self, which is completely new to them. Infants don’t know that they’re separate from adults. But at age 2, children really start to get the idea that “I’m my own person. I can make decisions. I’m going to decide what to wear, what to play with.” It’s a power struggle that gets heightened between ages 2 and 3, as children figure out who they are. Those raw feelings start to tame by 3½, but they clearly go on in those early years.

Young children have incredible curiosity. That’s the learning piece. They might explore very slowly. They might be observant. But they’re naturally curious, whether it’s in an observant way or a touchy, let-me-do-it way. People say that 5-year-olds aren’t toddlers, but there’s a lot of toddler in them. For many children, asking them to sit at desks, be still, and take in a lot of information is a completely unreasonable expectation. In those early years, it’s the adults’ role to set up environments where children can build on this natural curiosity and desire to know.

Given the push for preschool in New York City and elsewhere, what kinds of environments should we be creating for 3- and 4-year-olds?

Children need interactive, hands-on activities that engage their interest and learning on all levels and allow for open-ended play. Children also need to move a lot at this age. So we have to create spaces with child-sized furniture and areas that provide choices—opportunities for climbing, say, which helps with large motor skills, cognitive toys like puzzles and shape sorters, and lots of sensory experiences. Research shows that young children take in information through all their senses. Experiences with sand, water, and crinkly art help them see how things work and develop those “I can figure this out” skills.

The more children use all of their senses, the more they will learn. This is what people forget. Let’s say you want kids to be able to hold a pencil and write. You don’t give them a pencil at age 3 or 4. You have them use their fingers, whether it’s by playing at a sand table, running their hands through fingerpaint or putting pegs on a pegboard. All those experiences are giving them fine motor skills. But you’re not sitting down and saying, “Right now is fine motor skill time.”

The idea that “play is learning” does not mean connecting a dot from point A to point B. It means that there are lots of modes of learning going on at the same time. By picking up a funnel and pouring sand through it, kids learn about gravity and their own power. Learning is happening at multiple levels, but not because the teacher is saying, “Learn.” It’s because the environment has been set up to support the child.

How do we close the vocabulary gap that is driving the urge to put pencils in more kids’ hands at a younger age?

The research showing a vocabulary gap is important. It tells us that the brain learns an immense amount in those early years. By age 3, children have absorbed a great deal, or not, depending upon the amount of language they’ve been exposed to.

But the context gets left out. It’s not just that children are learning language before they go to school. They’re learning lots of things. Language is singled out because it can be measured. I don’t want to say it doesn’t matter. It’s very important, and I think it does highlight for policy makers that by age 3, a lot of important growth has occurred.

But we can’t really measure the development of the prefrontal cortex, which is also going on in the early years, or regulatory skills. Those are the skills kids need going forward: the ability to handle their impulses and feel their emotions but also express them in some kind of acceptable way. We see 2- and 3-year-olds throwing a lot of things and pushing people out of the way. That’s to be expected. By age 4, behavior is becoming more regulated—again, within a range.

Language is not learned in isolation. If children haven’t developed an expansive vocabulary, it often means that a lot of other learning hasn’t occurred. If you watch young children playing with blocks or doing a puzzle, they try, then try again. The building falls. The puzzle pieces don’t fit. They’re learning to handle frustration, often with an adult, so they’re getting support. They’re learning persistence. They’re also learning about a process. So, more important than language and number concepts are several foundational skills, like the ability to handle emotions, focus on a task or find a passion. Children learn best when they’re interested. Nobody really learns at 4 or 5 or 10 if they’re not interested.

How might young children respond to being in a classroom setting if they're not ready?

If children are overwhelmed and can't focus because they haven’t developed the foundational pieces to get there, we’re setting them up for failure. We can't ask them to sit quietly in a classroom and take in reams of information. They’ll think, “I can’t do it. I must be dumb.” We can't assume that essential skills—including being able to listen, make decisions, and handle emotions—are just going to come along. It doesn’t work that way.

Children need to be guided and supported for who they are. Take any group of children, regardless of their socioeconomic level, and there’s going to be a huge range in temperament and approaches to the world. But if a child hasn't had a lot of support by age 4, he or she may need the guidance that some other child needed at age 2. Basic steps can't be skipped.

Many children are growing up in difficult circumstances. If your parents are under tremendous stress or struggling just to put food on the table, or you can't go outside because your neighborhood is dangerous, it makes a huge difference. You're not getting crucial physical and sensory experiences. You’re not learning how to interact with other children on the playground. Children can’t learn without knowing how to play.

What effect does living in a digital world have on young children?

We don’t know, but we have lots of anecdotal evidence to guide us. The biggest concerns that developmental psychologists like me have are centered around interaction and the ability to read social cues. One of the things we know that young children get from the back-and-forth with adults, and then with other children, is how to read social cues. There are a lot of stories in the news about bullying and children who don’t have social skills. You learn to read cues by conversing, by interpreting others' emotions and intentions (what we call non-verbal cues) and making eye contact in the course of interacting.

When a child, or an adult, is absorbed in technology, they're not interacting in these important ways. Adults also provide comfort for children. Comfort for a young child can mean just glancing over at a parent to get reassurance. When the parent smiles, the child goes back to playing. You get less and less of that comforting interaction when the parent or child is looking down. I was just at a wonderful preschool, and they said that the teachers of 4- and 5-year-olds had decided to remove pretend cell phones from the play area because the children were making less and less eye contact with each other.

Yes, technology is here to stay. Still, you don’t have to teach it. The one real concern is for kids who don’t have access to it as they get older. That's not the case with young children. You can give a 2-year-old or a 5-year-old an iPhone, and they'll figure it out quickly. But technology has to be just one tool and should not take away from what we know about children’s development—that they learn in a three-dimensional world. They learn by touching, tasting, looking, and trying things out in many different ways. This interaction with the world and with people provides learning in all modes—social, emotional, physical, and cognitive. A tablet or an electronic device can't provide that hands-on, multi-sensory learning that is essential at this age.

Think about what children master by playing with blocks, which is the most open-ended thing kids do. They learn about weights when they’re picking up the blocks. They learn about balance and gravity. Can you get that from a flat screen even if it has interesting and colorful block-building apps? I don’t think so. A lot goes into really grasping the concepts of balance and gravity, not to mention mathematical skills like the angles at which blocks can be stacked.

Does 20 minutes on an iPad hurt a child? No. But if children's brains take in information on many, many levels, and you’re giving them a flat surface, well, it’s entertaining. That’s fine. But it’s not the same kind of learning. It’s information coming at them, and they merely respond.

Can you tell me about the Center for Toddler Development at Barnard?

The children are between the ages of 1½ and 3, 3½. They're here once or twice a week for sessions that last about two hours. This is truly a laboratory of toddlers. It's almost like a pre-preschool.

Everything in the classroom is at the children's height. Everything is accessible to them, and they're guided by a routine. The same toys are in the same place every day. The children build trust from the predictability of it all. That also helps them regulate. They start off as strangers, and they get to know the teachers and the room. Eventually, they think, "I know what I know. I can come in now and make decisions and choices."

Up to the age of 5, even beyond, children are not in our social world. They're in their world. So, for example, what parents think is rude is not rude from a child's point of view. If I want something, and it's over there, I may reach past you and even swipe you along the way. Why? Because I needed that.

Children are in a whole different realm. They may demand something and refuse to back down. A parent's instinct is to say, "Don't be rude." From an adult's point of view, it's rude. From a child's point of view, they're trying to assert what they need. So it's a very different environment for a young child. If we focus just on behavior in young children, let's say in all of these new preschool classrooms, without understanding why they're doing what they're doing, it's going to be a battle.