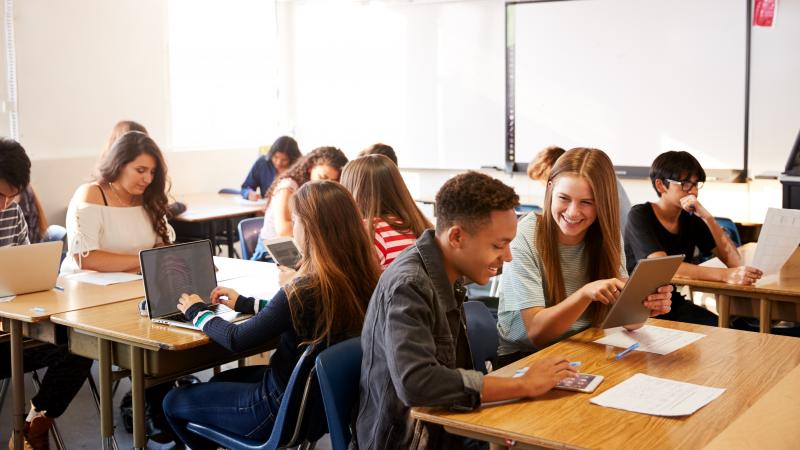 To Fully Engage Your Students, Lead with Humanity 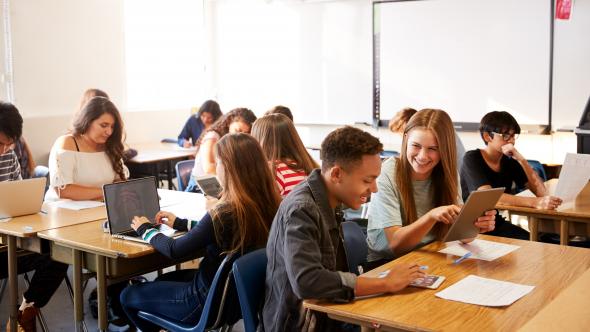 Maya Green is a freshman at Stanford University. In this blog post she reflects on her experience in her high school’s creative writing program, and how that experience can be translated into lessons learned for all educators.

I imagine that a lot of people, upon graduating from high school, spend some time reflecting on their K–12 experience. I am no exception, and especially since high school ended so strangely and anticlimactically (thanks, COVID-19!), I have been really mulling over my time in the public education system—honestly, trying to process that it has come to an end! Since I attended the same arts magnet school in South Carolina from grades 7–12, a lot of my reflection has centered on my experience in my school’s creative writing program.

Though in a state where public education is constantly underfunded and undervalued, I have described my time in this program as “public education gone right.” This isn’t to say that my magnet school didn’t have issues, because it absolutely did. Significant barriers to access meant it wasn’t nearly as diverse as it should have been, considering the community that surrounded it. Students were often overworked and overstressed as a result of the workload that accompanied AP classes. It often felt like the administration made decisions unilaterally without involving student voice or even feedback, leaving many of us frustrated. But despite these flaws, while ensconced within the two adjoining classrooms of the creative writing program, I felt valued, invested in, and like I had something to say worth sharing with the world. Now, nineteen and newly graduated, I am entering that world equipped, and I have my teachers to thank.

“What exactly did your creative writing teachers do?” you may be wondering. It went far beyond content; whether I was learning poetry or the Pythagorean Theorem, I truly believe I would’ve been fully engaged regardless. They created an environment where learning felt like a privilege and not an obligation, where I felt that my value was not contingent on my performance but something I had inherently. How exactly did they do this? It’s a worthy question, with an answer I’ve struggled to articulate as I parse how meaningful my participation in this program was. However, I think the ingredients to the secret sauce are as follows.

There is broad consensus around the fact that mental health supports for students are largely inadequate. This was definitely true in my high school, where the counselors were stretched thin and primarily focused on college and career preparation. But the three teachers in my creative writing program made it very clear to us that their doors were always open should we need advice, serious help, or just a listening ear. I came to them with family issues, academic stress, college angst, ideas I had to improve the school, etc. It was easier getting through the day knowing I had an adult in the building that genuinely cared for my well-being and a safe space to be vulnerable should I need it—because emotions don’t just turn off when a student enters the school building.

Children have an innate curiosity that drives early learning, constantly asking, “why?” This wide-eyed wonder quickly turns to frustration, however, after years of curricula that feel random and arbitrary; in my academic classrooms, it was normal to hear a muttered “why do I need to know this?” A common complaint from students is that what we learn in school too often feels detached from what we need to know to navigate the “real” world in a thoughtful and impactful way. However, in creative writing, we were always taught that storytelling was a powerful tool for social change, a way to foster empathy and understanding in a prejudicial and divided society. If teachers can find a way to frame their teachings as a way in which their students can address a need or make someone’s life better, they become infinitely more valuable. And oftentimes, when given the chance, students will make their own connections to the real world! In my classwork, I often interrogated aspects of my identity and heritage, and the added cultural relevance made assignments that could have been dull exciting. Even when not directly relevant, we were given space to process, celebrate, and sometimes mourn significant current events as a class. This made my creative writing classroom feel like an extension of the world around me, rather than a vacuum.

When I think back to my most profound realizations in class, they were sparked by the friends that surrounded me just as often, if not more often, as my teachers. Wherever possible, new concepts were introduced through conversation rather than lecture. Before any major assignment was graded, we were able to workshop and assess it as a class, and improve it using the advice we were given. I viewed my classmates not just as receptacles of our teachers’ wisdoms, but as co-creators of knowledge. Through frequent and meaningful collaboration, I grew to admire their strengths and recognize my own.

Never were we censored or told we were not allowed to address a particular topic. Our opinions were not only permitted, but encouraged (granted they were respectful and well-meaning). There was room to disagree—with other students or with the teacher—and after, to learn from each other. If someone did write about a sensitive matter, they were coached on how to do so mindfully.

Above all, we were treated as equals, which doesn’t necessarily mean we were treated like adults! Rather, it means that our ideas were worthy of serious consideration, and our concerns weren’t brushed away. My voice was not treated as something that might have some impact some distant day in the future, but as a tool that I could use to shape my immediate and present surroundings. My teachers acted as if I had something to contribute to my education, and lo and behold, I did.

Simply put, my creative writing teachers treated my classmates and me as people first, and students second. Because of this, we viewed them as people first, and teachers second. The classroom can often feel like a stage production, with prescribed roles of instructor and instructees. Our mutual regard allowed us to break out of these dictated parts and genuinely prioritize learning.

It is important to recognize that because they were teaching a subject that in many schools is considered an elective, my creative writing teachers were afforded a certain freedom and flexibility many in the education system are not. Nevertheless, I truly believe their methods can be used to redesign education as we know it—to shrug off an outdated and standardized approach and recognize students’ individualized, vibrant humanity.