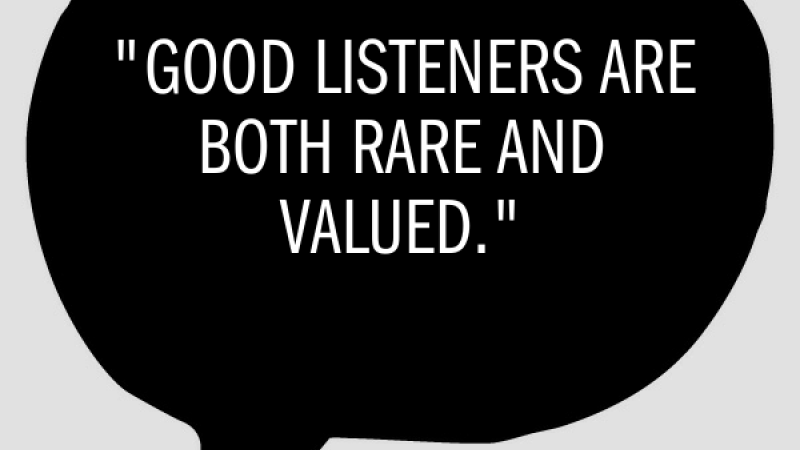 Ditch the distractions and listen up!

Several months ago, I was invited to do a radio interview.

"They think I'm an expert on the topic," I said.

These days, it's all about "leaning in" to get ahead. But as educator and editor Rebecca Alber notes, "listening up" is just as important.

"Good listeners are both rare and valued in our culture," Alber writes in this Edutopia post, which offers five ways to cultivate listening skills in the classroom.

"As much as I like to always listen in rapt attention [to] my colleagues over a three-and-a-half-hour period," McCain told The Washington Post, "occasionally I get a little bored."

He has a point. Who among us hangs on Secretary of State John Kerry's every word—or, for that matter, John McCain's? We can all be a bore. Just ask my mother.

But indulging in continual digital distractions, like so many mouthfuls of virtual candy, is unhealthy, says MIT professor Sherry Turkle.

Why not edit out the boring parts? For one thing, our capacity for surprise is quickly diminishing. So is our ability to listen to and learn from those around us.

"We don't know in conversations when the important moments of revelation are going to come," Turkle says. "In normal human interchange, we find ourselves sparked at moments that are unpredictable."

So put down that gadget and listen up. Surprise yourself.

I will always remember my high school French teacher reminding us that "you need to learn to listen before you can listen to learn."
Perfect
naaraferr gildee
naaraferr palyla
jonipalak saritta