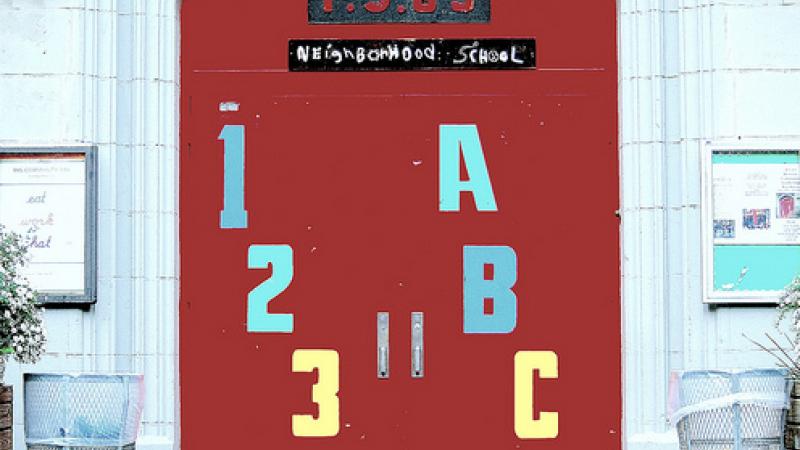 I read with interest a recent New York Times article by Rikha Sharma Rani entitled “Stopping Absenteeism at the Age of 5.” In it she highlighted the remarkable work of the Consolidated School District of New Britain to address the issue student attendance – and in the cited case, kindergarten attendance in the district. Hats off to the forward thinking district, school, and community partners for addressing the barrier in a proactive, early intervention manner.

Absenteeism is often addressed in a deficit manner; once a student has missed 5-7+ days, letters are sent, truancy officers are called in, and the wheels of compliance are rolling. As New Britain recognized, this “barrier to learning” has to be addressed in a more systemic manner and with a clear, consistent plan of early intervention using data to track and address the NEXT group of students who will end up on the truancy list. Moreover, this plan must include engaging parents as soon as their children enter school doors – to be our partners in providing our children every opportunity to succeed. There is no more basic opportunity than attending school every day.

As a former teacher, counselor, principal, and assistant superintendent, I have witnessed first-hand the impact of absenteeism on student learning. More times than I wish to recall, I have witnessed teachers stressed over re-teaching students who are chronically absent and students stressed (who often act out, or are inhibited) because they fall behind their classmates upon return to school. And often students become even more disengaged since because they cannot keep up with classmates.  It’s a vicious cycle that all too often leads to referrals for special services and identification for an issue that – at its core – was attendance.

But all is not lost!  There are many examples of school leaders who have taken the issue of absenteeism to a systemic level and have implemented approaches that focus on earlier identification of a group of students who have similar issues (such as attendance) and this issue is brought to the school improvement leadership team as part of continuous improvement efforts. Instead of the “crisis clinic” mode (where we address the issue after the fact), an integrated approach that is both proactive and sustainable should become standard operating practice.

There are districts across the country where this “Integrated Learning Supports” framework is used, uniting instruction, learning supports and management of schools into one leadership team.  These teams – both district and school level – address data driven issues such as attendance and discipline as a barrier to learning. One district doing this work well is Sumter, SC.

In an unprecedented effort, the Alabama State Department of Education has adopted the Learning Supports framework as a statewide initiative. Data has shown phenomenal improvement in districts and schools where the framework is used to address issues such as attendance. In the first year of implementation working in ten districts and 78 schools, the average savings in days of absences was 25 percent fewer days lost. The initiative is now in year three with 50 districts implementing the framework.

To learn more about the Integrated Learning Supports Framework, based on the research of Howard Adelman and Linda Taylor from UCLA's School Mental Health Project and its National Center for Mental Health in Schools, check out Rebuilding for Learning, published by Scholastic.