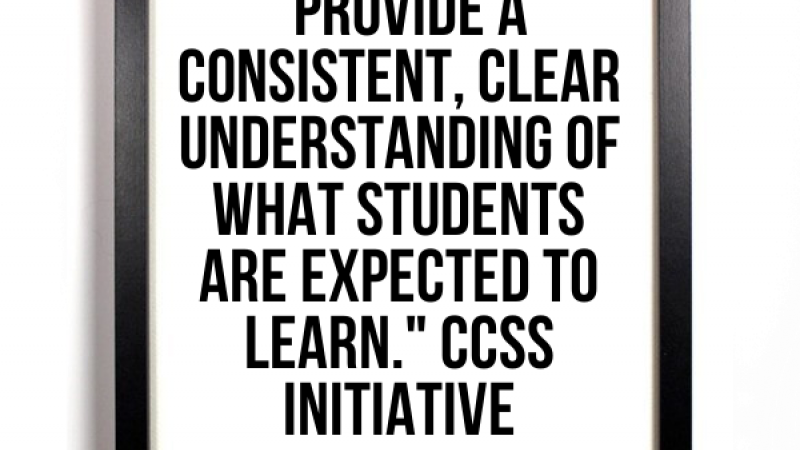 The Common Core essentials: 5 things to read if you're starting from scratch

Have you heard praise or criticism about the Common Core State Standards (CCSS) and wondered what people were talking about?

If so, you're not alone. Since December 2013, when I posted this column, not much progress has been made in informing parents about the standards. A June poll found that nearly half of Americans have never heard of the standards, which are being implemented in public schools in more than 40 states and the District of Columbia.

While many educators believe that the Core represents a huge leap forward in preparing students for the world they will inherit, others are skeptical. Have teachers been given enough time and training to implement the standards effectively? Do districts have the bandwidth to administer upcoming assessments?

Many concerns are real. Others are based on hearsay and misinformation. If you'd like to learn more about the standards and their implications for the future of education in the U.S., I'd recommend starting here:

1. Read the Standards. It's tough to take a position when you don't know what they say. (If you're feeling ambitious, compare the CCSS to your state's previous standards.)

2. This FAQ by a reporter for Stateline, a nonpartisan, nonprofit news service of the Pew Charitable Trusts, answers basic questions about the Core.

3. This portrait of David Coleman, the architect of the ELA Standards and a lightning rod for criticism, will help you understand the thinking behind the work that students are being asked to do.

4. If Coleman is in one corner, educator Diane Ravitch is in the other. Ravitch, her blog, and best-selling book, Reign of Error, are influential in the debate over how best to improve educational outcomes for all children.

5. The standards seek to redress inequities by giving every student, rich and poor, access to challenging content. But, as the reporter of this New York Times article asks, "If education is a poor child’s best shot at rising up the ladder of prosperity, why do public resources devoted to education lean so decisively in favor of the better off?"

The Core doesn't answer the question, but we must.

All these pages are the same none give any help to a parent stuggling to help a child understand this stupid new math. It seems you have just made it harder. My kid is ready to give up. Only help I have found is to pay a tutor which I can't afford
I agree with Judy... so frustrating for students and parents!